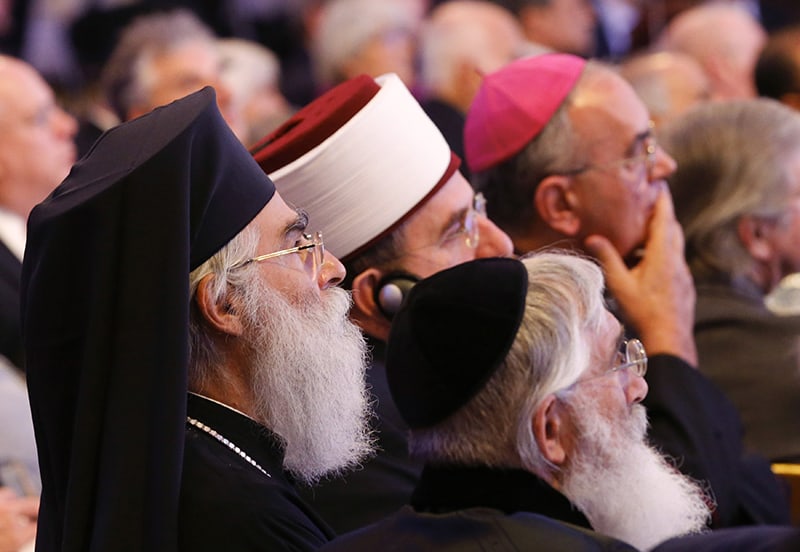 VATICAN CITY (CNS) — Christians must work with members of other religions in responding to “a world wounded by the COVID-19 pandemic and by the scourge of religious intolerance, discrimination, racism, economic and ecological injustice and many other sins,” said a new document from the Vatican and the World Council of Churches.

The document begins with a reflection on Jesus’ parable of the good Samaritan, who comes from a different religious community but is the only person who stops to help the man beaten and left by the side of the road.

“The story is an invitation to reflect on the need to transcend boundaries in one’s service to, and solidarity with, the suffering,” the document said. “It is also a call to overcome the negative assumptions we may hold and to recognize with humility and gratitude that the ‘other’ — the Samaritan in this case — may show us the true meaning of service and solidarity.”

The parable also teaches that Christians must “overcome religious prejudice and cultural biases” both in deciding whom to serve and who they are willing to serve with in order to help more people and build a more just world, the document said.

Action and cooperation are urgent, it said, because the pandemic has sown not only illness and death, but also increased poverty, domestic violence and isolation. In fact, it said, “global hunger could double due to this catastrophe.”

Acknowledging a sense of “shared vulnerability,” the Vatican and the WCC encouraged people to respond with “new forms of solidarity reaching across all boundaries,” because, as Christians profess, all people were created by God and share equal dignity as brothers and sisters.

Hope is the virtue that binds religious believers of all traditions, they said, and it is the virtue that motivates Christians to serve others, work to overcome situations of injustice and prepare themselves for an eternity with God.

Christians also “recognize that the virtues of mercy and compassion for all who are suffering resonate in other religious traditions, which also have rich examples of generosity and concern for those most in need,” the document said.

The hope, mercy and compassion religious believers share, they said, should motivate members of different religious traditions to explore “universal and shared ethical and spiritual values to inject a new hope into the pandemic-ravaged world.”

And, as far as Christian cooperation in those efforts, the document offered “principles to guide us in the work of serving each other in a wounded world, together with all people of faith and goodwill.”

The first requirement, it said, is “humility and vulnerability,” holding fast to one’s faith in Jesus, but being willing to listen, learn and serve.

“It is pride, and the inability to open up to the other sufficiently to grow, that traps us in entrenched positions that create and perpetuate division,” the document said.

The second principle, it said, is respect for others, their “unique and complex situation,” their sincerely held beliefs and their dignity and children of God.

Fostering “community, compassion and the common good” is the third principle, it said.

The fourth is a commitment to dialogue, which implies being open to learning from others, especially “in this time of crisis,” it said. “We should also be open to what God can teach us through those from whom we least expect to learn anything,” particularly the poor and wounded.

The enduring Christian principles of repentance and renewal or conversion are just as essential in interreligious relationships as they are within the Christian community, the document said. “With the reassurance that our God forgives, we need to ask how we, who are ourselves wounded by sin, have wounded others, and more widely all of God’s creation.”

“With an aching heart,” it said, “we recognize that, as communities, we also have a history of abuse that has wounded the most vulnerable among us. Confession of our complicity in suffering is the starting point for true renewal that will enable us to live more just lives.”

Gratitude, generosity and, most of all, love also are necessary, it said. “We are called to live Christ’s love, showing the world his face. We love because he first loved us.”

Editor’s Note: The full document can be downloaded from https://www.pcinterreligious.org/christian-call-reflection-action-during-covid-19-and-beyond