Editorial: We must always proclaim and live the Gospel of life

As we approach Respect Life Month in October, Pope Francis has given us an unflinching defense of the Church’s teaching on abortion.

“Whoever commits an abortion, murders,” he told journalists in response to a question while flying back to Rome from his visit to Slovakia. “Take any book on embryology, those books on medicine. At the third week of conception, many times before a mother even realizes it, all the organs are there. All of them, even their DNA.

“It is a human life. Period,” the pope added. “And this human life must be respected. This principle is very clear.”

Those “who don’t understand” this principle, the pope said, must ask themselves whether it is “right to kill a human life to solve a problem.”

It is telling that Pope Francis didn’t rely simply on a religious or theological reason for opposing abortion. Instead, he pointed to the science, which is abundantly clear that even before birth a human life is present. The scientific understanding of human development from conception onward provides the foundation for the moral and theological case against abortion, and beyond that the case for the respect for all life at every stage.

“The Gospel of life is at the heart of Jesus’ saving message to the world,” according to materials for Respect Life Month prepared by the U.S. Conference of Catholic Bishops. “Through the Incarnation and birth of Christ, God reveals to us the dignity of all human life. Human life, as a gift of God, is sacred and inviolable.

“Not only must human life not be taken, but it must be protected with loving concern,” the bishops’ materials continue. “The source of our dignity is not only linked to our creation by God, but to our final end and destiny to spend eternity with the Father.”

For many who oppose the Church’s teaching on abortion and respect for life, the choice is between the mother and the unborn child, as if one must be sacrificed for the other. As Catholics, we reject that false choice. We can, and should, respect the life of both the mother and the unborn child. We, as a society and members of a common human family, must help, and nurture, and support, and care for both mother and child. To do so not only strengthens that individual family, but the entire community.

Although the pope’s words are blunt, he does not want us to use them as weapons against women who choose an abortion or those who support abortion rights.

When asked about denying Communion to Catholic politicians who support abortion rights, the pope said that he did not wish to comment on the matter in the United States because he is not aware of all the details, but, in general, urged a pastoral approach rather than public condemnations.

The pope told journalists that when defending a principle, some bishops act in a way “that is not pastoral” and “enter the political sphere.”

“If we look at the history of the Church, we can see that every time the bishops did not act like shepherds when dealing with a problem, they aligned themselves with political life, on political problems,” he said.

Instead, those who fall outside Church teaching on abortion require the love of a shepherd.

“And what should a shepherd do? Be a shepherd. Not going around condemning,” the pope said. “They must be a shepherd, in God’s style, which is closeness, compassion and tenderness.”

Many women who consider abortion as an answer to an unwanted or unexpected pregnancy are driven by fear. They fear their family or the father of their child will abandon them. They fear they don’t have the financial or emotional resources to give their child all they need. They fear that motherhood will be an obstacle to completing their education and pursuing all their life’s dreams or a hurdle to their career.

There are ways to help women face all these fears without resorting to ending the life of their child. We can offer them the support they need or an adoption by a loving family. As the pope so often urges us, we can accompany people in need. We must show them the same kind of love Christ showed those on the margins and those who made mistakes. Jesus did not toss them aside but embraced them with love, compassion and forgiveness.

The Catholic Church and individual Catholics, through a wide variety of ministries, offer the kind of support and care so many women need. They are the face and the hands and the feet of Christ. That is just as important a part of the Church’s respect for life message as is fighting abortion through the courts and the political system.

During Respect Life Month, and every other month of the year, we must proclaim and live the good news of the Gospel of life. 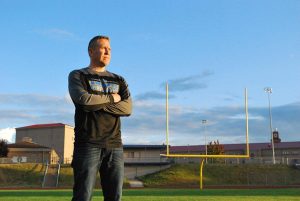