The draft had been reduced from 40 rounds to five, “And it was a deep draft,” said Hickman, a 2017 graduate of Pope John Paul II High School and a star pitcher for Vanderbilt University’s national championship baseball team in 2019.

“I was just hopeful that something would work out,” Hickman said.

And it did in the fifth round when the Cleveland Indians made Hickman the 154th pick in the draft.

“Thankfully it was with the Cleveland Indians,” Hickman said. “They have a great player development system going for them right now.”

The former Knight and Commodore is hopeful the Indians’ player development system will help him improve and eventually make his dream of playing in the major leagues a reality.

“I’d say ever since high school it started to become more a realistic possibility for me,” he said of his dream of playing in the major leagues. And his time at Vanderbilt only moved the dream closer to reality. “I was fortunately in the right places to do that.”

Hickman left JPII as one of the most decorated players in the school’s history and one of only three alums to be drafted by major league teams. Golden Tate, who went on to star at Notre Dame and the National Football League, was drafted twice, first out of high school and again after his junior year of college, and 2015 graduate Whit Drennan was selected by the Houston Astros in the 2019 draft.

Hickman was a four-year starter for the JPII baseball team and was named to the All-State and All-Region teams in 2015, 2016 and 2017. He was a finalist for the Tennessee Mr. Baseball Award for the TSSAA Division II his senior year.

His success continued at Vanderbilt where he compiled a career record of 19-2 and a 3.13 ERA. During the 2020 season cut short by the COVID-19 pandemic, Hickman was 2-0 with a 0.48 ERA in three starts. He capped off a 9-0 sophomore season by pitching the Commodores to the national championship-clinching win over Michigan, striking out 10 hitters in six innings.

“It’s hard to compare what happened to us last year, an unforgettable team, unforgettable people,” Hickman said of Vanderbilt’s national title run. “It’s what you sign up for, to play competitive baseball and win championships.

Hickman’s success after leaving JPII was no surprise to those who watched him play in high school. “Not at all,” said Chris Parker, the head baseball coach at JPII who coached Hickman at the school and as a member of Team Tennessee for two years, an all-star team of the state’s best players that competes in one of the top tournaments in the country each summer.

Parker described Hickman as “very mature, a lot of high character, that to go along with a really good work ethic.”

For JPII’s current players, Parker said, Hickman is an example “of what we want the end result to be. Get a great education from a place like Vanderbilt and then pursue your dreams to play professional baseball.”

Just when Hickman can start playing professional baseball is still up in the air, with baseball on hold because of the COVID-19 pandemic.

“With all the stuff that’s going on recently, I think we’ll hear something shortly now that they have an agreement with the players association on starting the season,” Hickman said.

He’ll continue working out and preparing himself just as he has since the college baseball season was shut down in mid-March.

“I’ve just been trying to stay in a routine as much as possible,” Hickman said.

Four Vanderbilt players, including Hickman, were drafted this year. To see a teammate selected, Hickman said, “you’re almost excited as when you get picked. Those are people you spent the last three years with. It’s always a blast to see your friends succeed and accomplish goals of theirs.”

One goal Hickman is still pursuing is earning a degree from Vanderbilt. He has two more semesters to go to graduate with a degree in Human and Organizational Development.

“I’m definitely going to finish my degree as soon as possible,” Hickman said. “That was a major reason I came to Vanderbilt, to have that degree in my back pocket.”

A member of the National Honor Society in high school, Hickman said he left JPII well prepared academically for Vanderbilt.

“Definitely JPII prepared me for Vanderbilt academically,” Hickman said, teaching him how to manage his time and balance his school work and athletics. “It definitely prepared me for that.” 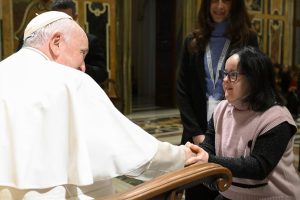 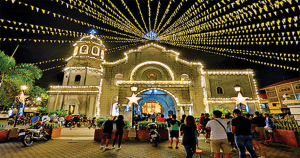