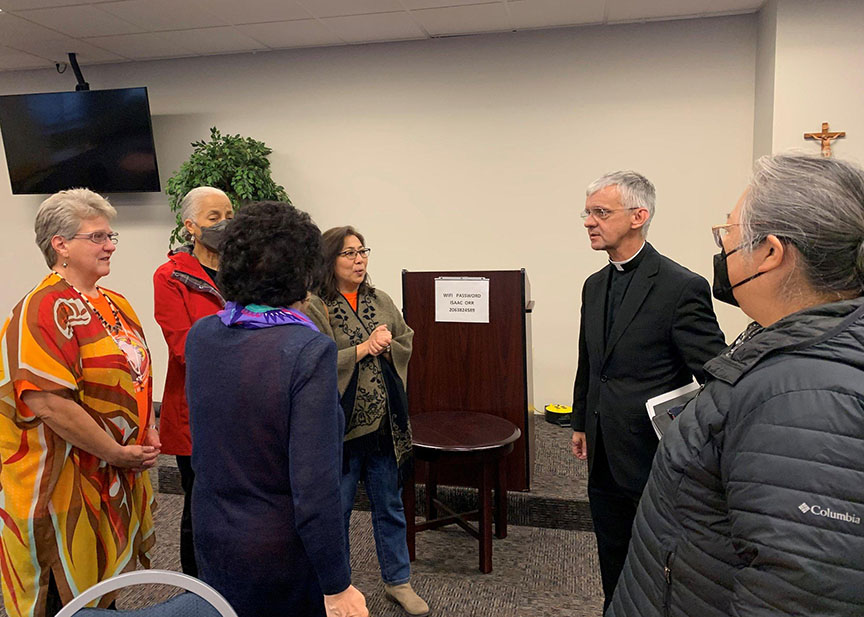 Father Michael Carson, assistant director of Native American Affairs at the U.S. Conference of Catholic Bishops, talks about the history of Native boarding schools during an Oct. 23, 2022, presentation in Seattle. He said the Catholic Church is working to promote healing and rebuild trust with Native American communities in response to revelations about the mistreatment of students in church-run boarding schools. (CNS photo/Helen McClenahan, Northwest Catholic) 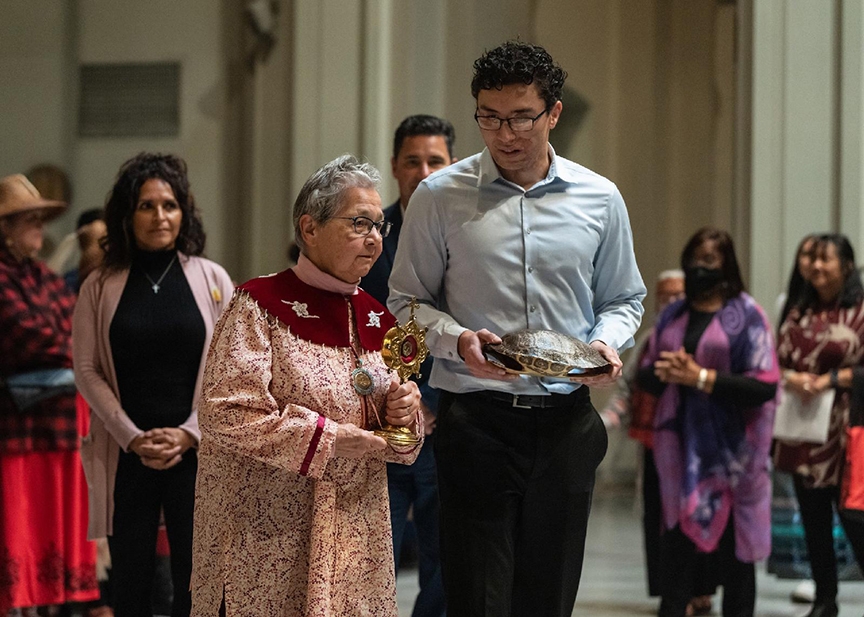 St. Anne Sister Kateri Mitchell, carrying a relic of St. Kateri Tekakwitha, and Jake Finkbonner of Ferndale, carrying a turtle shell, process into St. James Cathedral Oct. 22 for a Mass celebrating the 10th anniversary of St. Kateri's canonization. Jake was 6 when he was healed of flesh-eating bacteria the day after Sister Kateri placed a Kateri relic on him and joined Jake's mother in praying for him. His recovery was the second miracle needed to elevate Kateri to sainthood. (CNS photo/Stephen Brashear, Northwest Catholic) 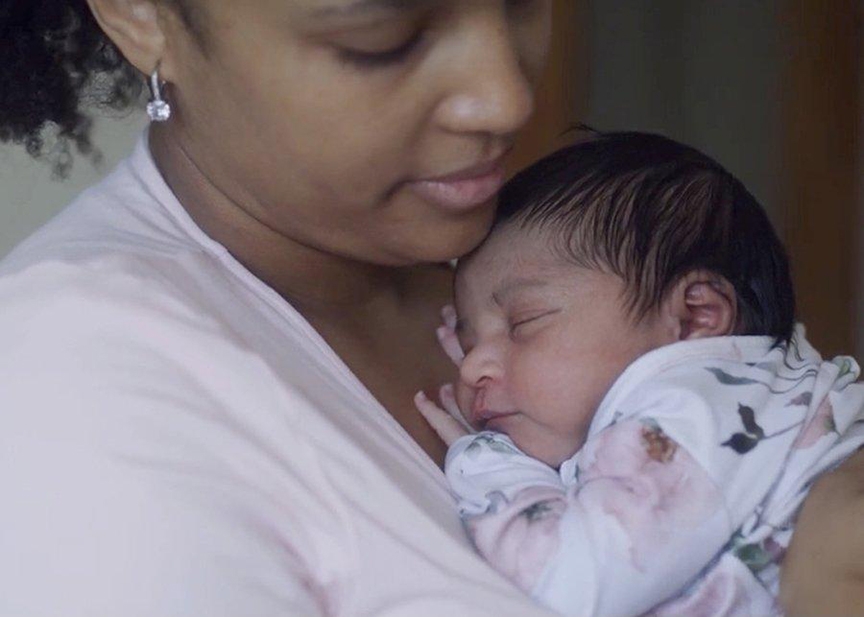 A woman in Providence, R.I., is seen at St. Gabriel's Call outreach in this undated photo. The program of the Diocese of Providence assists expectant mothers in Rhode Island with necessary items for their babies and offers them loving support throughout their pregnancies. (CNS photo/courtesy Diocese of Providence)

‘We hope for the day when abortion is unthinkable’

Continue ReadingBishops urge Congress to be in ‘radical solidarity’ with mothers, children 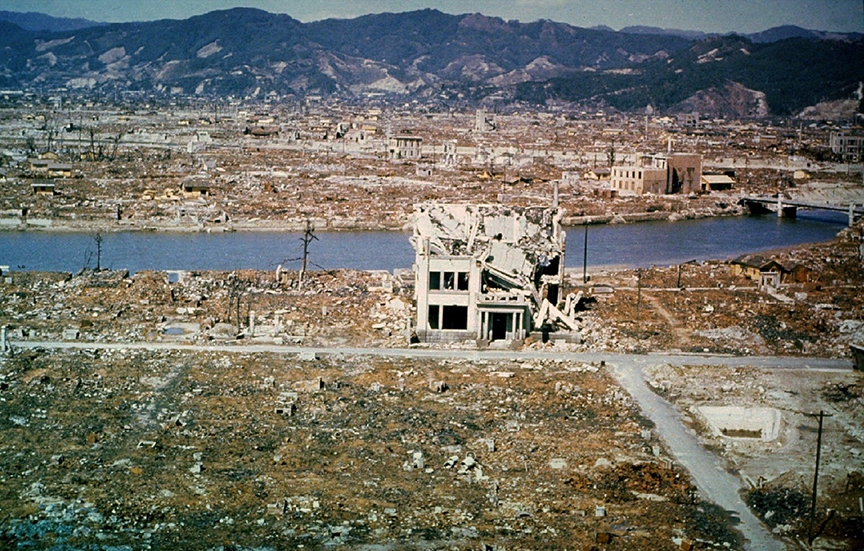 This is a general view of Hiroshima, Japan, six months after the U.S. dropped an atomic bob on the city Aug. 6, 1945. (CNS photo/Reuters)

‘We possess a power which should never be used, but which might be used if we do not reverse our direction’ 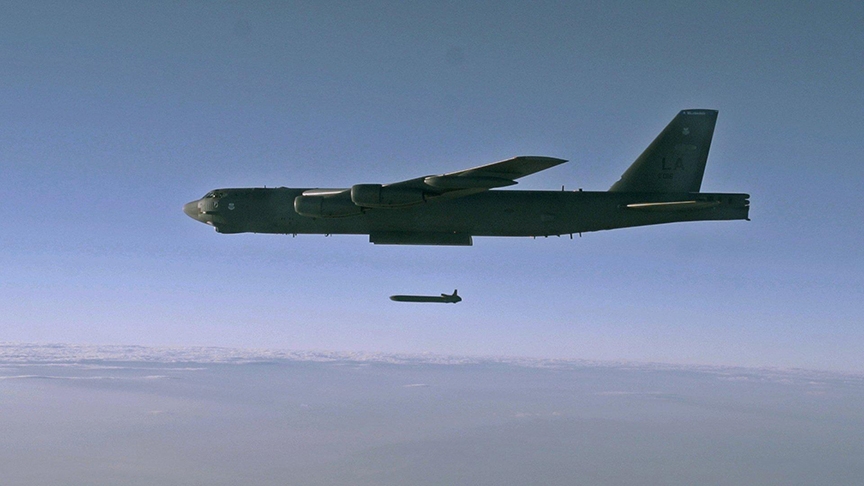 ‘It was a different world, but it was a time, in my memory, that people were really scared’ 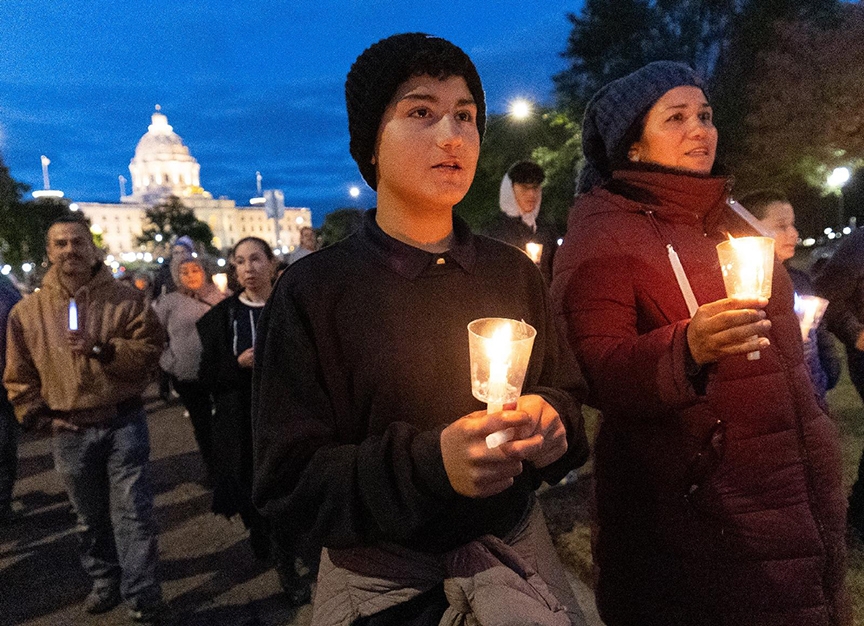 Brandon Alvarado, left, and his mother, Evangelina Alvarado, walk from the Minnesota State Capitol to the Cathedral of St. Paul in St. Paul, Minn., Oct. 7, 2022, during an annual candlelight rosary procession. Several hundred participated in the procession, including Auxiliary Bishop Joseph A. Williams of St. Paul and Minneapolis, who led a prayer service at the cathedral following the procession. (CNS photo/Dave Hrbacek, The Catholic Spirit)

Continue ReadingRally participants gather near U.S. Capitol to pray rosary for the nation 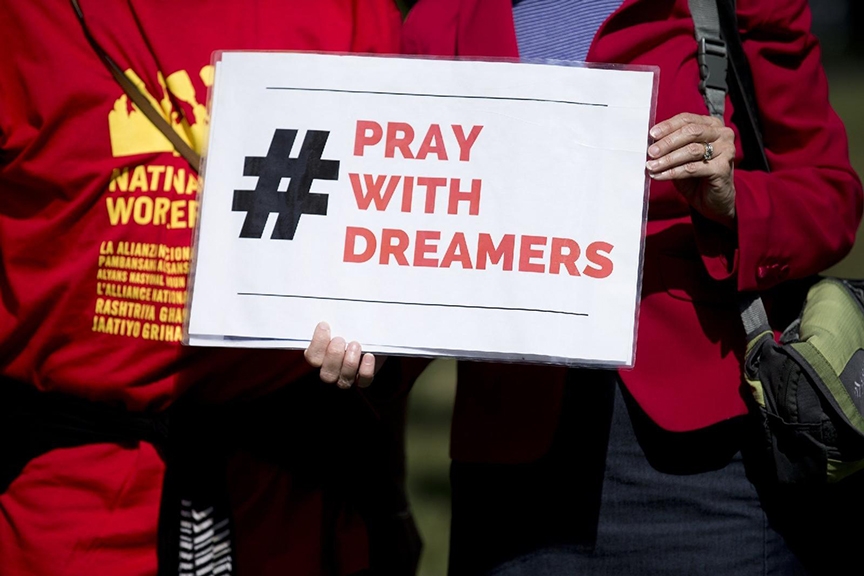 Demonstrators attend a rally near the U.S. Capitol in Washington Sept. 26, 2017, calling for passage of the DREAM Act, which would have created a path to citizenship for "Dreamers," the beneficiaries of the Deferred Action for Childhood Arrivals, known as DACA. A federal appeals court ruled Oct. 5, 2022, that DACA is unlawful but it agreed to preserve the program for existing recipients. President Barack Obama created the program in 2012 by executive action. (CNS photo/Tyler Orsburn)

'DACA recipients are hard-working, tax-paying, upstanding members of our communities’ 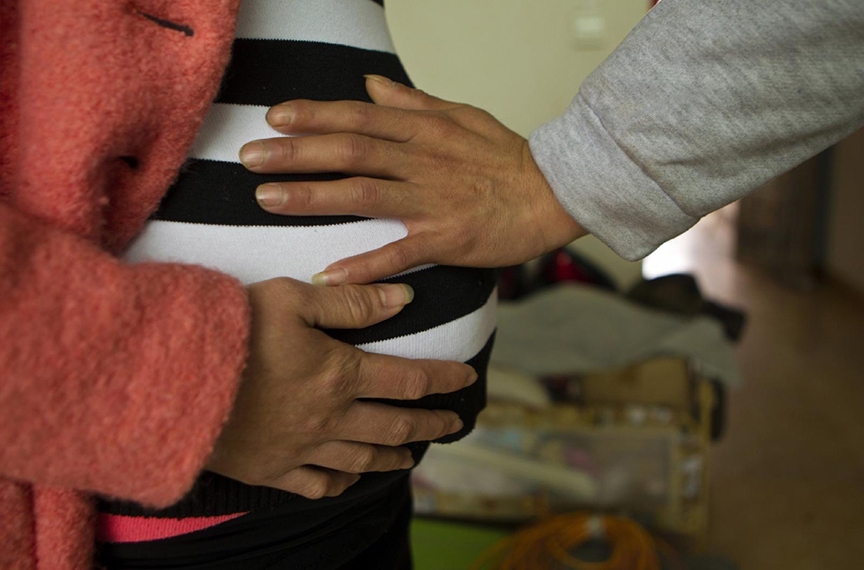 A husband and wife pose for a photo during their pregnancy. (CNS photo/Alex Lee, Reuters)

‘When a woman is carrying a child, both mother and child are valued’ 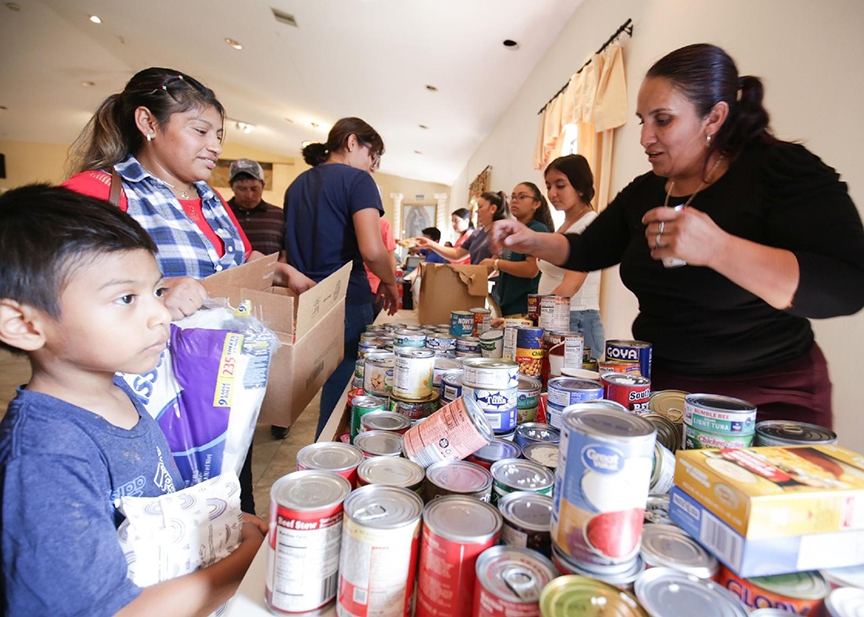 Volunteers and members of the local community distribute food at Jesús Obrero ( Jesus the Worker) in Fort Myers, Fla., Parish Oct. 4, 2022, amid the aftermath of Hurricane Ian. (CNS photo/Tom Tracy)

‘Right now they are in crisis and need so much help’ 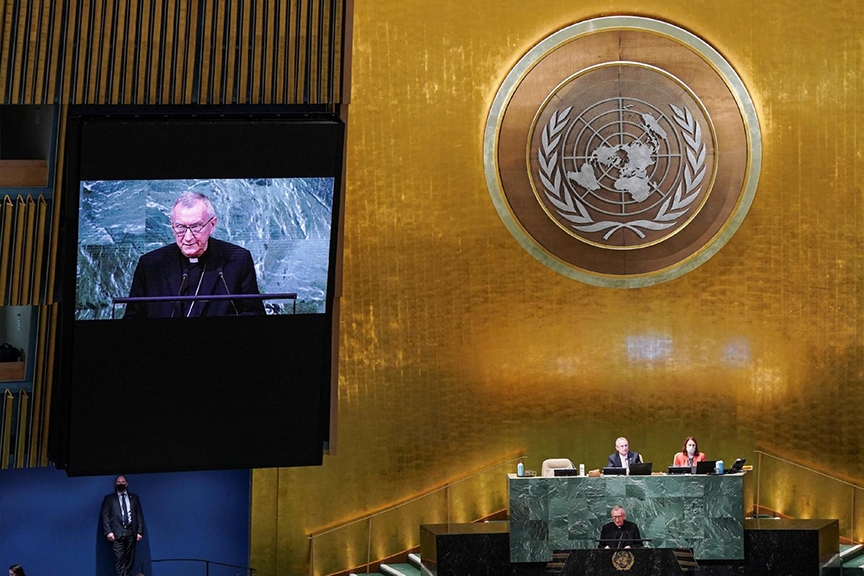 ‘Nuclear weapons are a costly and dangerous liability’