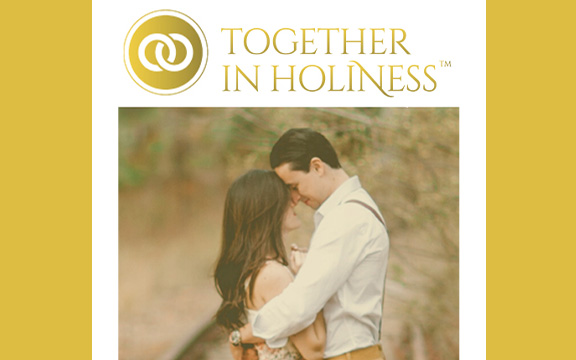 Helping married and engaged couples strengthen their union and their faith through prayer together will be the focus of a one-day conference hosted by the Diocese of Nashville’s Office of Faith Formation.

The Together In Holiness conference is an initiative of the St. John Paul II Foundation, based in Houston, Texas.

“It is our hope that couples leave Together In Holiness rejuvenated and equipped to live out God’s beautiful plan for marriage and family life,” said Erin Ellwanger, conference coordinator for the St. John Paul II Foundation.

The foundation hosts “a number of these conferences annually and are the official organizer of Together In Holiness,” said Joan Watson, director of the Office of Faith Formation. “This is our first one to be held here at the Catholic Pastoral Center.”

The workshop will be held 9:00 a.m.-5:30 p.m. Saturday, May 8, at the Catholic Pastoral Center, 2800 McGavock Pike in Nashville. The day will feature several speakers and opportunities for Confession and Eucharistic adoration. Bishop J. Mark Spalding will celebrate the closing Mass at 4:30 p.m.

A box lunch and light afternoon snack will be provided and child care will be available, said Deacon Tom Samoray, director of the diocese’s Family Life and Marriage Ministry, which is helping to organize the event.

“It will be an opportunity for couples who attend to renew … their love for each other,” Deacon Samoray of the workshop.

“The conference is focusing on the importance of prayer in marriage and praying together as a married couple,” Watson said.

“The St. John Paul II Foundation is a national Catholic apostolate proclaiming the good news about life and family,” Ellwanger said. “We pursue this mission for couples and families through the Together In Holiness marriage conference, which inspires spouses to grow together in holiness and form their children in the Catholic faith.”

Speakers at the conference will include:

“We were connected to John and Terri Bosio through their previous work in building up marriages in Nashville, particularly through the formation materials they have provided to couples in the diocese,” Ellwanger said.

The Bosios have been married for 48 years, noted Terri Bosio. “We have been together longer than we have been apart.”

The topic of the couple’s talk will be “Your Home Is A Holy Place, A Sacred Space.”

The goal of the talk is three-fold, John Bosio said. “First, we are talking to those couples whose desire is to grow in holiness and strengthen their marriage and family life. The second is to strive to find happiness in their marriage; try to love each other like Christ loves the Church. And the third is learning to see your home as your holy place and learning how to pray at home.”

Bean, another scheduled speaker at the conference, “has written numerous books on motherhood and parenting as well as hosting multiple podcasts that speak to our audience,” Ellwanger said. “We have worked with her for several years now and always received rave reviews from our conference attendees about her presence.”

Bean’s talk is titled “Learning to Pray Together as Spouses.”

“We are going to talk to people about praying together as spouses, why it is important, and what it does to the value of your family’s faith life,” Bean said.

“All of the couples that I talked to said that they have taken away from these conferences a way to renew their faith with one another, and how to practice that faith in their home and pass it on to their children,” said Bean.

People can find more information about the conference and register by visiting https://forlifeandfamily.org/events/th21-nvtn.

The cost is $59 for couples and $35 for individuals. So far, Watson said, about 40 couples have registered for the conference. “We are hoping for around 75 couples to attend,” she said. 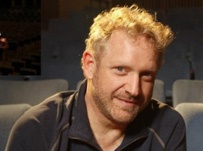 Michael Kurek, a classical music composer and retired professor at Vanderbilt University, has always seen music as a spiritual experience. He is bringing that perspective to his latest endeavor, hosting the show “Catholic Adventures in Great Music” on the Catholic radio network, the Crusade Channel.

Kurek has hopes for his listeners. “First and foremost, just for them to be able to listen to – and learn about – other composers who were inspired by God (to write music) and by doing so, put their minds at peace,” said Kurek.

He also hopes, added Kurek, that the listening audience will find, “by listening to the featured artists, that they glorify God through the beauty of their compositions.”

“I hope that they will open up to other kinds of music, but most importantly, come to understand that to listen to spiritual music is to bring peace to one’s soul,” said Kurek.

Each show features a different composer. “We have done four shows to date, and although chances are that only Catholics are listening to it (the show),I am open to attracting non-Catholic Christians as well.”

“Catholic Adventures in Great Music”” airs on the Crusade Channel Mondays and Wednesdays at 5 p.m., and Saturday mornings at 8 a.m. People can listen online at www.crusadechannel.com.

“This program is a long overdue contribution to Catholic radio,” said Mike Church, the president and founder of the Crusade Channel. “It’s easy to listen to, it is fun, it is exciting, and it is Catholic.”

“I have gotten a lot of emails from people who want to know what composer will be featured next and even from several priests. One told me that the program he listened to fit right in with his morning prayers,” Church said.

“Michael is so knowledgeable and passionate about his material that he could probably do 14 of these programs in one day.”

Kurek’s interest in doing a radio program grew out of a class he taught titled “The Sound of Beauty: Music Appreciation for Catholics.”

“In the class,” said Kurek, “we talked about the music and the composers lives from a Catholic perspective, and it was greatly appreciated.”

“Prior to this effort, I had always taught in a secular university, where the opportunity to educate people about music spirituality, did not exist,” said Kurek.

Consequently, Kurek approached veteran author and publisher Joseph Pearce  at Ignatius Press, which also published Kurek’s book, “The Sound of Beauty: A Classical Composer on Music in the Spiritual Life.”

Kurek taught music composition at Vanderbilt University for 30 years, before retiring in 2020, “to compose and write music full-time, during the first year of this pandemic,” he said.

“I’ve always been teaching and composing, which when combined amounted to two full-time jobs, and loved the latter, but I decided that if I am to write all the music I want to before I die, then it was time to go,” said Kurek.

“I decided that 30 years was (long) enough, and likewise I had plenty of royalties coming in, so now I compose music full-time,” he added.

Looking ahead for his radio show, Kurek said, “If we can feature 25 composers in as many programs, that in itself will be a big chunk of ground covered.”

Several of his own favorite compositions include, said Kurek, “the four symphonies of Johannes Brahms, Beethoven’s Ninth Symphony, and a Requiem Mass by Gabriel Faure that is a beautiful choral work with music.”