Unlike many Catholics who flocked to central Appalachia in the wake of “This Land Is Home to Me,” the 1975 Appalachian bishops’ pastoral letter, I was a native. As a 10th generation West Virginian, I grew up immersed in the culture and could code switch like a champion. So there was no culture shock for me. What I found myself sorely lacking was any idea how to structure a parish ministry.

Of course, I was well aware of the region’s history of invasion by “do-gooders” who came and went, leaving a legacy of bitterness and dependency. I was determined to be sensitive to people’s expressed needs, not my preconceived notions. So instead of starting a program upon arrival in southeastern Kentucky, I investigated other programs that were successful.

I loved stories and books, which made the county adult literacy program a perfect fit. Reading was a skill that would stay with my students and assist them long-term. It gave them pride and the realization that they, too, had ideas to contribute.

The program was directed by a Rochester, Minnesota, Franciscan Sister Mary Cullen. She invited me to the fall meeting of an area organization, Catholic Committee of Appalachia — a meeting devoted to studying and discussing “Models of Ministry.”

Listen. Consult. Collaborate. The words exploded in my consciousness! It was a heady combo of Myles Horton meets Paolo Freire, and absolutely intoxicating. I floated on the waves of Catholic social teaching on solidarity and subsidiarity flowing through the discussion.

Ministry was about accompaniment and being with, working with — not working and doing for. Local people know what they want and need, so listening and forming relationships is foundational.

But most exciting, in joining CCA, I gained a network of experienced Catholics ministering in the area, endeavoring to employ a more respectful model — encouraging local people to use their own skills to help their communities prosper.

It wasn’t quite that simple, of course. I overlooked the fact that rural Appalachians tend to be so kind and generous that they’re reluctant to tell someone respected that they’re not keen on an idea. That’s one reason relationships are key. I have to like and trust you before I’ll tell you you’re crazy.

On Saturdays, when people came to town to shop, I sometimes stopped at a little social center for some lively conversation. Folks sat in comfortable, if slightly beat-up, chairs, enjoying coffee and watching TV.

I was gradually accepted, and when they discovered I was Catholic — a rarity in the area — they told me about a sister there some years before. She “meant well” they said fondly. She visited the center and decided it would be nice if the women learned to knit or crochet, instead of just sitting around. They smiled politely, or indulgently, at the idea (they were no doubt already skilled).

Encouraged, Sister supplied yarn on certain days, along with woodworking tools for the occasional men. However, in a matter of weeks, the number of folks present dwindled to zero. She despondently halted the “improvement” program, which miraculously restored attendance.

Many in this group were isolated during the week, and at the time, it wasn’t unusual not to have a telephone. “She was very sweet. We couldn’t bear to tell her,” they explained with genuine regret. “We love just visiting and seeing the TV!” But then, Sister never asked; she just decided.

That experience really drove home the message of my colleagues in CCA. Don’t assume, consult. When in doubt, ask. Don’t do it yourself, collaborate. And collaborate we did, expanding a network of successful projects and a forum for advice and sharing.

I am tremendously grateful for Catholic Committee of Appalachia members and its approach to ministry, both of which delivered me from serious pitfalls and overreach. My focus became empowering others, rendering myself superfluous. I found the model to be valid, based on truth: People have the inner resources to realize their own hopes and dreams, wherever they are. 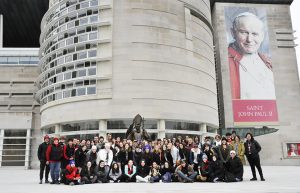 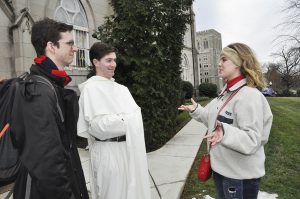 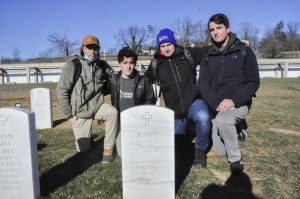